Membership
​The budget committee consists of 15 voting members and one nonvoting member selected as follows.   [PL 1993, c. 623, §1 (NEW).]
1.  Municipal and public representatives.  No later than 100 days before the end of the county's fiscal year, elected municipal officials within each commissioner district shall caucus and elect representatives to the budget committee from that district for terms as provided in paragraph A. There must be 3 members from each commissioner district, 2 of whom are elected municipal officials and one of whom is a public representative. No more than one member may represent the same municipality at a time.
A. Members shall serve for 3-year terms, except that initially each district caucus shall select one member for a one-year term, one member for a 2-year term and one member for a 3-year term. If a committee member ceases to be a municipal officer or official during the term of membership, the committee member shall resign the membership and the next district caucus shall elect a qualified municipal officer or official to fill the membership for the remainder of the unexpired term.   [PL 1993, c. 623, §1 (NEW).]
[PL 2007, c. 663, §14 (AMD).]
2.  Legislative member.  No later than 100 days before the end of the county's fiscal year, the York County legislative delegation shall elect one of the delegation's members to serve as a nonvoting member on the budget committee.
[PL 2007, c. 663, §14 (AMD).]
3.  Committee chair.  The budget committee shall select its own chair each year.
Current meetings
The County Commission selects a commissioner to serve as a representative of the county on the following entities: 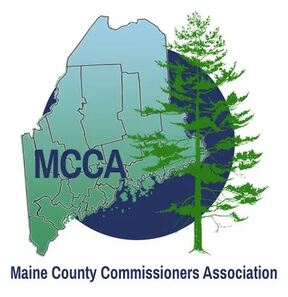 A network of regional governments that have the authority to recognize and solve regional issues through communication and cooperation by and among ​all departments of all counties.
Learn More