Justin Chenette is the County Commissioner for Saco, Old Orchard Beach, Hollis, & Buxton. He was elected in 2022 with 83% of the vote becoming the first Millennial and only openly LGBTQ individual ever elected to the commission. He currently serves as vice chair of the commission and as the county rep on the Southern Maine Planning & Development Commission. ​ 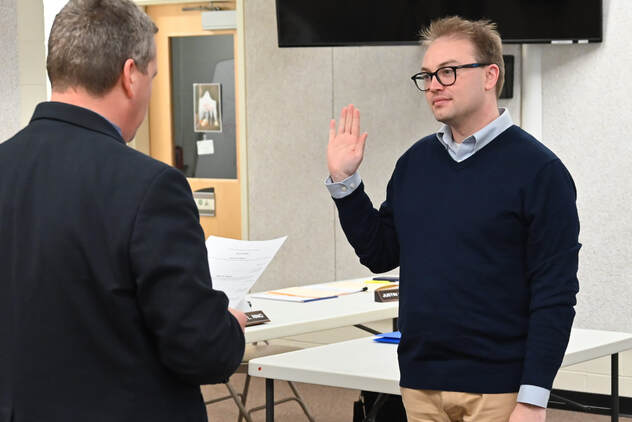 Swearing in ceremony for commissioners
Justin is no stranger to making history. Just before his 17th birthday, Governor Baldacci appointed him to serve on the Maine State Board of Education as the first student board member. There he helped evaluate and approve new school construction projects.

At 21, Justin became the youngest openly gay lawmaker in the entire country and the youngest legislator in Maine. He was sworn into office just a week before graduating from college. Justin went on to become the youngest state senator at age 25 and the only LGBTQ senator at the time. In total, he has served 8 years in the legislature with 2 terms each in the Senate and the House of Representatives. ​
Collaborative Policymaker. Good Government Watchdog. Community-Driven Leader. 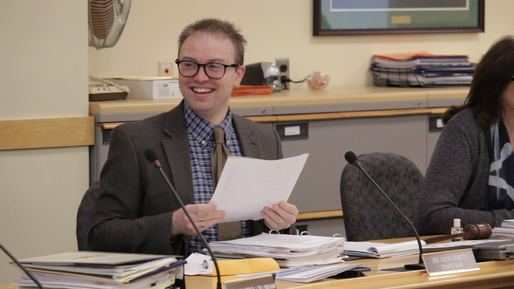 Chairing Government Oversight
​In the Legislature, he chaired the bipartisan Government Oversight Committee, taking a leadership role holding agencies and department heads accountable to ensure effectiveness of programs and to safeguard taxpayer dollars. He served on a number of other committees including Senate Ethics, Environment & Natural Resources, Criminal Justice & Public Safety, Taxation, and the Maine Climate Council’s Coastal & Marine Working Group. He also served as a Maine Citizen Trade Policy Commissioner, advising on the legal and economic impacts of trade agreements on existing laws, working conditions and businesses in Maine. 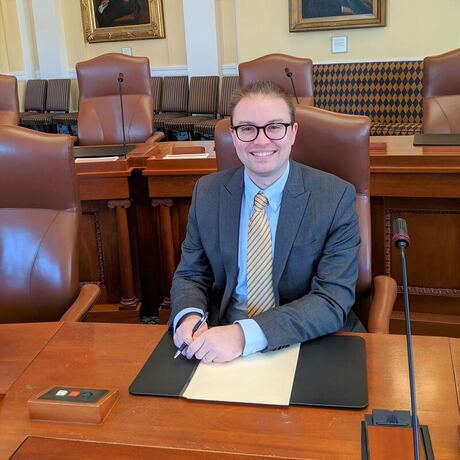 On the Senate floor
Justin currently works to increase public access and transparency in government as a member of the Maine Right to Know Advisory Committee, after being appointed by Senate President Troy Jackson in 2021. He chairs the Remote Participation Sub Committee, making recommendations to improve the state’s Freedom of Access Laws. He was also appointed to serve as a Maine-Canadian Legislative Advisory Commissioner.

Each year, Justin awards college scholarships to graduating high school students through his nonprofit foundation, investing in Maine’s next generation of leaders. Justin is a board member of Age Friendly Saco, a Thornton Academy Class Agent, member of the Old Orchard Beach Chamber of Commerce & Buxton-Hollis Historical Society, and is the past President of Saco Main Street. As founder of the Maine Democracy Project, Justin authored the children’s book The Great Whoopie Pie Debate: A Kids’ Guide to the Maine Legislature and frequently visits classrooms to promote civics education. 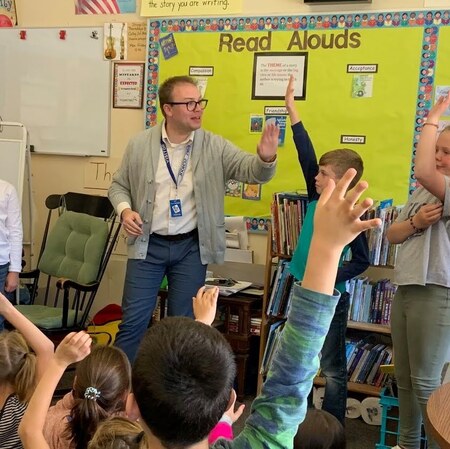 Civics presentation at Burns School
​While in college, he was selected to be a national delegate for President Obama to the 2012 Democratic National Convention, worked as a congressional intern for U.S. Senator Olympia Snowe, and interned at Saco City Hall and Equality Maine. ​He re-established Maine Young Democrats, serving as its president for two years, and currently serves on the Maine Democratic State Committee.

​Justin got his start in journalism working for various media outlets. He is best known for his role managing TATV Channel 3 and hosting his own statewide public affairs show on WPXT/WPME, Youth in Politics. He later worked in digital advertising at the Journal Tribune and various marketing roles. He currently works as a communications director for a statewide mental health organization and has operated a PR consulting firm since 2013. Justin has spent over 10 years as a columnist with the Courier newspaper, where he continues to write pieces. 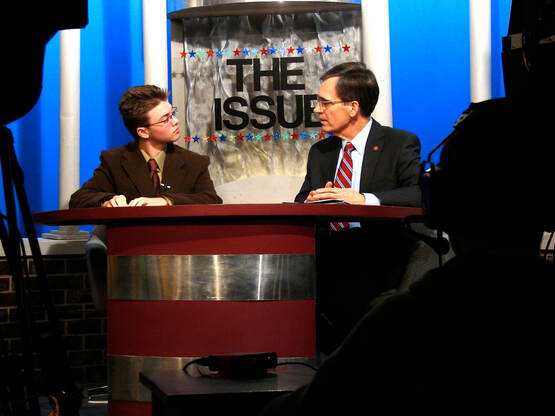 TATV interview w/ Congressman Tom Allen
Justin has been recognized nationally by The Advocate magazine, listing him on their list of the 40 Under 40 most accomplished leaders throughout the entire country. Two sitting U.S. Presidents have honored his volunteer work as the recipient of the Volunteer Service Award; in 2008, by President Bush, and in 2016, by President Obama. He also received both the Governor’s Exemplary Service Award in 2009 and a Mayoral Certificate of Service for his leadership in the community in 2020.

​Justin is a proud product of Saco schools and graduated high school from Thornton Academy, while taking night classes through the University of Southern Maine. He earned a degree in Broadcast News from Northern Vermont University and was named their Outstanding Young Alumni in 2019. Justin went on to earn a Post-Baccalaureate Degree in Public Administration from the University of Maine at Augusta and an Executive Certificate in Public Leadership from Harvard University's Kennedy School of Government. 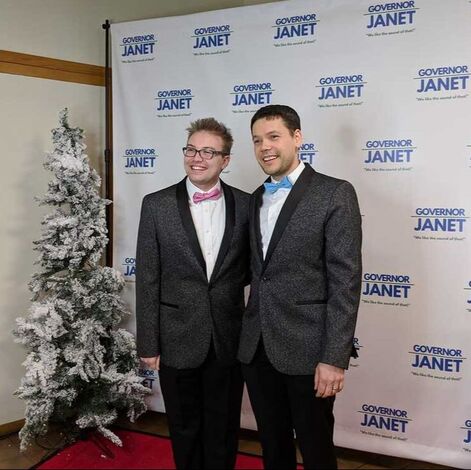 At Governor Janet Mill's Inauguration Ball
​He lives in Saco with his husband Eduard and their two cats Precious & Mr. Biscuits.

bio at a glance